The spine has a number of normal curves when you look at it from the side. The curves aid in the absorption of loads applied to the spine from your body weight. They also assist with movement of your neck. The neck and lower back have a normal inward curve that is known as a lordosis, which is when the vertebrae in the neck bends backwards. The upper back (known as the thoracic spine) is normally curved forwards, which is known as the kyphosis curve.

Since the spine is normally fairly straight when you look at it from the back, but abnormal curves are referred to as scoliosis. These curves are lateral curves, and can tilt your neck making your eye line or shoulder heights not level. A scoliosis is different to a kyphosis, so don’t get these two confused. This condition can occur at birth or from abnormal rotating or twisting of the vertebrae. Both a scoliosis and cervical kyphosis can be classed as a structural or mechanical problem, leading to neck pain and stiffness, headaches, and back pain. So just to recap, a kyphosis is a forward bend in the neck, and a scoliosis is a lateral bend in the neck. It is possible to have both. 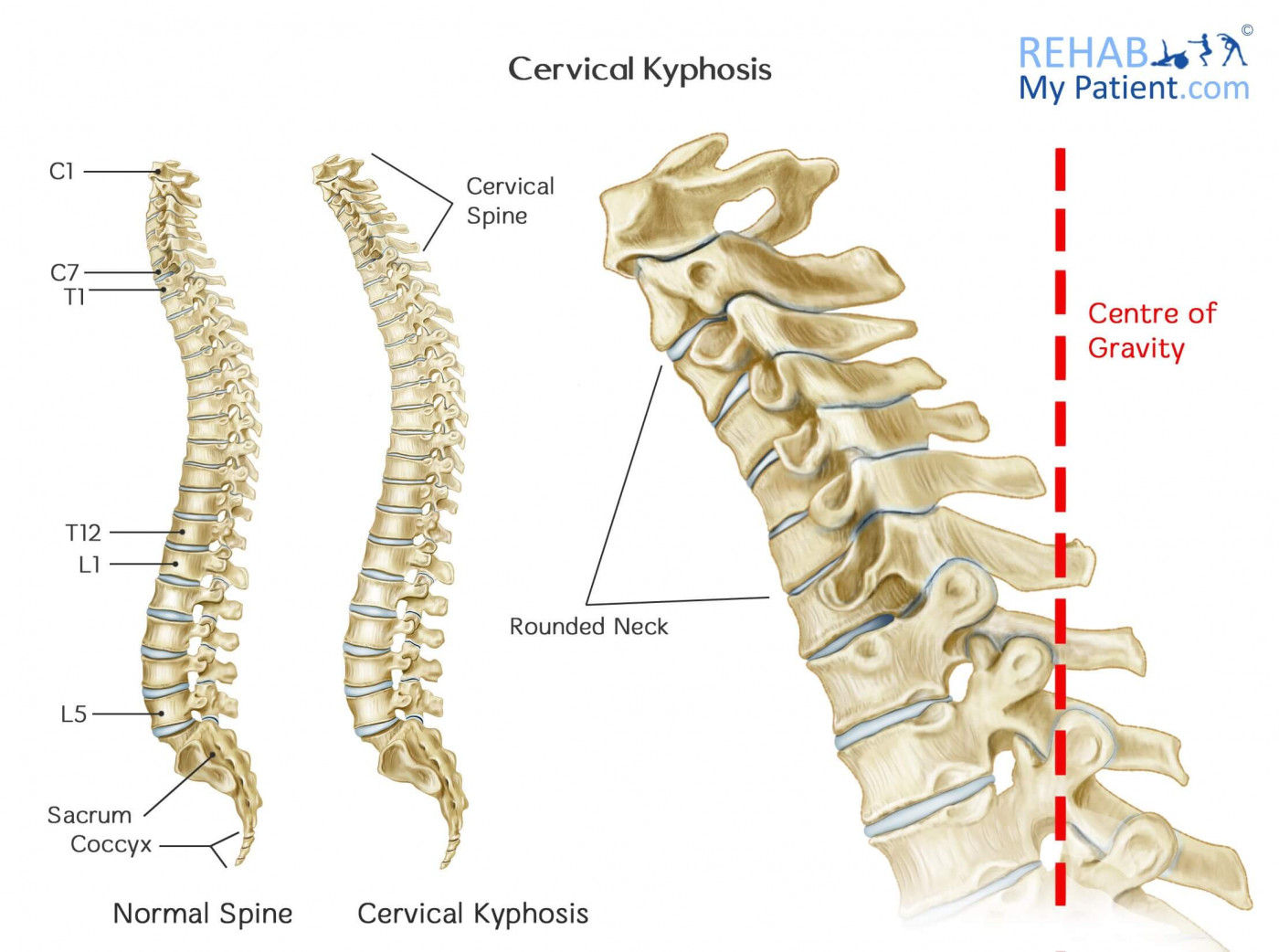 Ligaments, facet joints and soft tissues in the back and neck have to be strong. The back muscles have to be capable of resisting the effects of gravity that works to pull the head forward. If any damage is sustained to any of these areas, kyphotic deformities can occur.

There are discs located in-between the vertebrae. As the cervical spine forward bends, it pushes the discs backwards and can cause multiple disc bulges or disc prolapses. 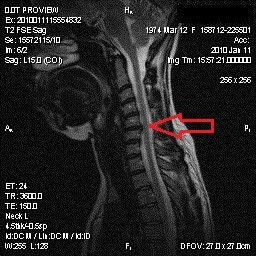 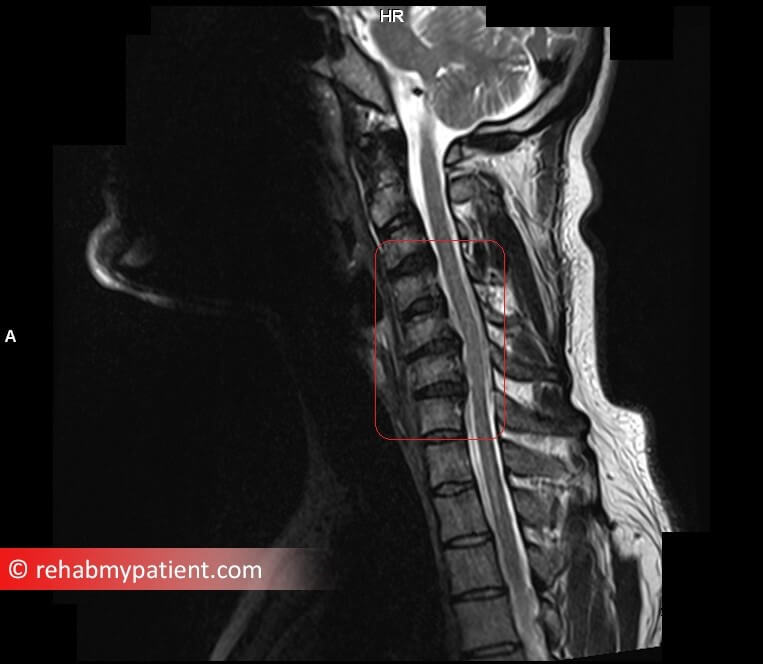 The biggest cause of a cervical kyphosis is quite simply poor posture. It develops after years of forward head bending, and poor posture. Have you ever caught yourself walking looking down at the ground? Or perhaps you are a regular laptop, iPad, or smart phone user? Do you do a hobby that causes a lot of forward head bending, like reading or knitting? All of these activities, if repeated for long enough, can cause a postural change to the neck resulting in a cervical kyphosis.

What Are the Implications of a Cervical Kyphosis?

As the cervical spine bends forwards, it places pressure on the front of the discs. Discs contain water inside them, and the disc can become dehydrated. As more pressure is placed on the front of the disc, the disc can bulge backwards causing a disc bulge, disc herniation, or disc prolapse (basically known to the lay person as a slipped disc). After a few years the kyphosis can lead to a cervical disc osteophyte bar, which is where the discs can co-join in their bulged state and form bony protuberances.

How to Treat Cervical Kyphosis:

By using physical therapy, you can help to strengthen the muscles within the neck and back to correct your posture. You can also stretch short tight muscles that might be pulling your posture out of alignment. Typical muscles that often require stretching are the pectorals, and scalenes.

These medications can help to reduce any swelling and pain in the affected area, but should only be used for the short term (we say up to two weeks). Longer term use can lead to stomach problems so be careful.

For children, a brace might be needed. When the curve is at least 45 degrees, a brace could be used until the child has finished growing. Adults who are finished growing won’t find benefit from this treatment.

Surgery is very rarely used for cervical kyphosis, and its results are typically not great post-surgery. Surgery is much more successful for a disc prolapse, especially when a nerve is trapped. But cervical kyphosis is very hard to correct and most surgeons would not operate. Common indicators of surgery are when the spine curves at more than a 75 degree angle.

Using ice and heat can be a very effective way to reduce inflammation. It is known as contrast bathing, and you should discuss how to use it with your therapist.

And the last and most important piece of advice is to stop bending your neck forwards all the time! Reduce forward neck bending to minimize poor posture. This will help reduce the cervical kyphosis, or at the least stop it progressing.