Dream Cheeky will help you know How To Fix Check Charging System 2022: Must Read

It is more or less a central system that several other systems depend on. That is why you need to understand how it works to get an optimal driving experience from your car.

What Is Battery Charging System? 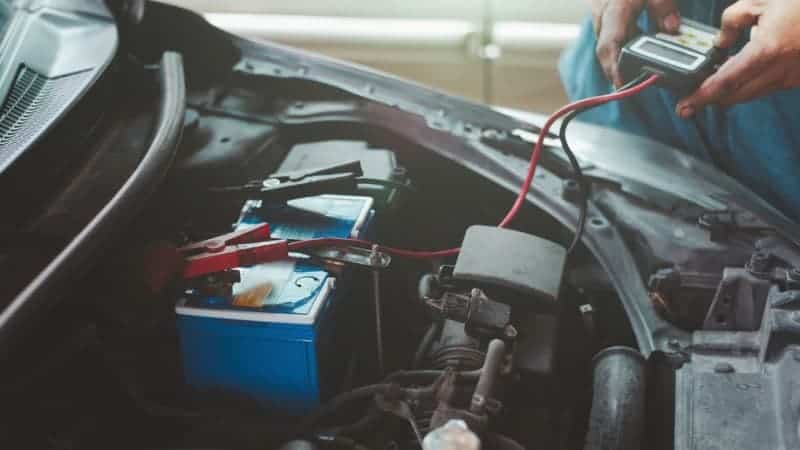 The battery charging system varies with cars depending on how old the car is. The charging system in most cars comprises the electronic control unit or the computer, the battery, the alternator, and the wiring.

Cars made before the 1990s had charging systems that needed a voltage regulator to optimize the alternator’s function. So once the car’s engine started running, the alternator generates the electricity, and the voltage moved through the car’s electrical system. The battery light in this system comes on whenever there is an imbalance in the voltage.

As cars became more advanced, car manufacturers found replacing the voltage regulators with a computer that provides accurate voltage readings. With modern battery charging systems, the battery light would be illuminated when the computer detects an alteration in the system’s voltage.

Let’s look at how these components work together as a system:

The alternator converts mechanical energy from the engine into the electrical energy that powers the car’s accessories and charges the car’s battery.

The car’s battery is more or less a bank for the electrical energy generated by the alternator. It is from its store of energy that it delivers the energy used to start the car’s engine. It also powers the car’s accessories when the car engine is not on or when the alternator goes bad.

This refers to the network of wires between the three components of the battery charging system.

What’s Happening When the Battery/Check Charging System Light Comes On?

The battery/check charging system light is one of the lights on your car’s dashboard that you should always pay attention to. It is an amber or red battery-shaped symbol that could be named “Bat” or “Alt” depending on the car.

There is some issue with the generation of electrical energy within the car, and so the vehicle is generating enough power to run optimally. At this point, the battery is not being recharged. After a while, it will run out of electrical charge itself and die off. And once the battery dies, the car stops working. So you only have a short time to resolve whatever issue caused the light to come on. You could get more information about what this situation means from your owner’s booklet.

What Can Cause My Battery/Check Charging System Light To Come On?

Your car’s battery/check charging system light can come on for several reasons. Here are some of them.

Problems with the Drive belt

The drive belt is responsible for turning the alternator’s pulley and powering the alternator. A drive belt that is either worn or is no longer functional will affect how the alternator functions. For instance, it might not spin fast enough, or it probably keeps slipping off. In both cases, the alternator will not perform as well as it should, and when that happens, the voltage is affected, causing the check charging system light to come on.

The wiring network of the check charging system is also vital to the way the alternator works. So when there is an issue with the wiring, the voltage generated is ultimately affected, and the battery system light will come on.

The alternator is probably the most critical component in the battery charging system because it converts mechanical energy to electrical energy. So a failed alternator will trigger the check charging system light to come on because the voltage will no longer be regulated as it should. 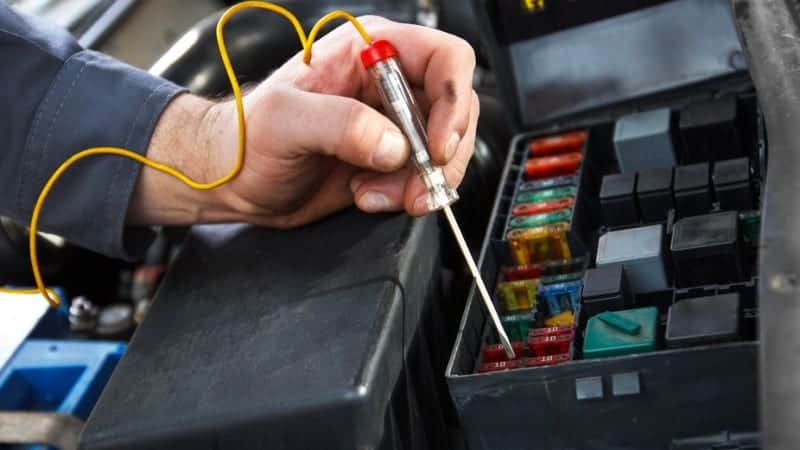 Is It Safe To Drive With The Battery/Check Charging System Light On?

It is not ideal to drive around with the battery/check charging system light is on. Whenever you see this light, the only driving you should be doing is towards a mechanic shop where you can resolve the issue.

The reason is that this light only comes on when the car’s battery charging system is not working well. So once this light comes on, you are in a race against time to get the problem fixed.

If you don’t get the problem fixed ASAP, the car might just shut down without any warning, and if you are on the highway, that could pose a real problem to you and other road users. You might improve the situation by turning off the car stereo, air conditioning, and just about everything that consumes electrical power. But your best bet once this light comes on would be to get some help from some professionals to reset the service battery charging system. If you don’t, you run the risk of running into some severe problems.

How Do I Check My Charging System?

One way to handle the battery/check charging system light coming on would be to check the charging system yourself. It’s something you could do in the right direction. So here is how you can check your car’s charging system(regardless of the type of car) yourself. Here is what you do if you are looking to service a battery charging system, Chevy Cruze, for instance.

The idea is to verify that the car battery is in good condition and is fully charged. Check the battery’s hydrometer to ascertain if there is a green eye showing in the hydrometer.

Check the battery terminals for the voltage too. It should be about 12 volts when there are no loads on it.

You can also test the battery with a test light or multimeter to ensure that it’s in its full capacity. Here’s how

You could also test the car’s alternator to ensure that it is in good working condition. Here are the steps to take if you intend to service battery charging system impala for example:

Check the Other Components

Once you have ascertained that the alternator and battery are in good condition, you should check the other parts of the battery charging system to ensure that they are in good working condition.

For instance, part of your charging system check should include an inspection of the Serpentine belt to see if it is damaged or loose. Another thing you should check is the wiring. Ensure that the connections, terminals, and fuses are correctly fixed and intact. You also want to be sure that the harness connector that supports the alternator is firmly secured.

Q: How much is it to fix a charging system?

It depends on what component in the system needs to be replaced, your car make and model, and your location. That said, fixing your car’s charging system might cost you something in the range of $250-$1,000 if you have to get help from a mechanic shop. It might also be cheaper if you take the DIY since you will eliminate labor coats.

Q: Can you jump a car with a bad alternator?

Yes, you can. It is possible to jump a car with a bad alternator. However, you don’t want to have the jumper cables stay connected for longer than you need to because it might end up destroying your car’s electronics.

You can get your starter motor, alternator, or battery checked free of charge at any AutoZone outlet in the U.S.

Q: What maintenance is required for the charging system?

Maintaining your charging system is not a big deal once you know the right steps to take. Here are some of them.

Reduce corrosion: Corrosion reduces the flow of current through the electrical circuit. So you want to clean any residue and corrosion on your electrical connectors.

Reduce excessive draw of current: Avoid activities that could asp excess power from the battery, like listening to music without the engine running. Such actions can drain the battery.

Inspect the drive belt: Ensure that the drive belt is not loose, or worn. If it is in any of these conditions, be sure to replace it as soon as you can.

Sometimes you need to service a battery charging system because it is essential to the operation of your car. That is why you need to understand how it works. This article has described how the system works, and also explains what battery/check charging system light coming means and when it comes on.